Following requests from colleagues and concerned people in many parts of the world, I will provide regular assessments of the coronavirus outbreak and recommendations for personal protection on this web page.

Due to the urgency of the issue, we wanted to get this up and running quickly. Please apologize improvisations and imperfections, which will be mended during operation.

These are levels of personal alertness are therefore not identical to the WHO pandemic stages or other schemes from public health authorities, which aim to coordinate the activities of governments and other official bodies. When you are in a hurry or not interested in details, you may just watch the PAL indicated on the top of my web page. In case the level is increased or lowered, I will inform you by Twitter and email (see contact form in the side bar).

We increased the Personal Alert Level (PAL) from „Green“ to „Yellow“ for Europe. The coronavirus outbreak poses no immediate threat here, but some preemptive measures are now recommended:

1. Any individual suffering from severe flu-like symptoms including

should seek medical care and follow the Enhanced Protection Protocol (EPP) outlined below until the diagnosis has been established.

2. All individuals arriving from China should follow EPP for 14 days.

3. Avoid close contact with people who were in the People’s Republic of China in the last 14 days.

4. If you must travel to Asia within the next 12 months, consider buying respirators and hand sanitizer now.

„Wash your hands frequently“ is probably the most-cited advice from public health authorities. This is not detailed enough to counter the threat of a potentially fatal infection. Based on the experience with infectious agents in hospitals, laboratories and in outbreak situations, we suggest the following „Enhanced Protection Protocol“ (EPP). The EPP has been designed in two versions, (i) for protection of the environment from potentially infected individuals and (ii) for self-protection. As self-protection is not recommended at the Yellow Personal Alert Level, only the EPP for potentially infected individuals is described here.

* Procedures and technical details will be published on this website shortly. Hand washing instructions are available at https://www.cdc.gov/handwashing/when-how-handwashing.html

The novel coronavirus causing the present outbreak in China has been officially designated „2019-nCoV“ (the earlier habit to name a new bug by the suspected origin of the epidemic, such as „Spanish flu“, has been abandoned to avoid stigmatization). We will refer her to the „new coronavirus“ or „nCoV“.

A „case“ is a person who has been infected with nCoV. Cases can be asymptomatic, light, severe or fatal. „Confirmed cases“ is the fraction of the (true) number of cases that has been diagnosed by a laboratory test. China reports only those laboratory-confirmed cases to WHO.

NB: WHO issued a more complicated case definition, which includes neither asymptomatic infections nor sick patients, as long as they do not require hospital admission or had contact to confirmed or probable cases.

A facemask or „surgical mask“ (Spanish: Mascarilla quirúrgica, French: Masque chirurgical, German: OP-Maske) is intended to catch bacteria and viruses shed from the wearer’s mouth and nose. There is no unified international quality standard. Especially in Asia, very poor quality masks are sold. This is the kind of mask almost everybody wears now in China.

A respirator or „filtering half mask“ (Spanish: Mascarilla sanitaria, French: Masque respiratoire German: Atemschutz-Halbmaske) is designed to protect the wearer from hazardous atmospheres, including bacteria and viruses. The technical specifications are regulated in many countries. In the EU, they are classified according to EN 149:2001+A1:2009 in three protection levels (FFP1, FFP2, FFP3). Outside EU, the US classification NIOSH N95 is commonly used. N95 means that at least 95% of particles (under certain test conditions) are withheld, which is equivalent to FFP2. FFP3 filtration efficiency is at least 98%.

The reported numbers allow only a rough estimate of the real speed of spread of the disease and capture only a fraction of severe cases and the death rate (case fatality rate), for the following reasons:

For the purpose of this risk assessment, we estimate that in China

Friday’s announcement that Chinese economy will recover soon is also wishful thinking. We expect a long-lasting depression with serious impacts on worldwide economy.

For the purpose of this risk assessment, we assume that the epidemic has already started in densely populated areas in less developed countries. The long-term global outcome of the epidemic will particularly depend on the spread and impact of nCoV in the less developed world. The following factors have been considered in this analysis:

We expect a possible secondary spread into the industrialized world to be delayed and at comparatively low rate. In a best case scenario, it can be anticipated that nCoV will have no significant impact on public health in countries with advanced medical infrastructure and border entry controls in place (such as the USA). In a medium case scenario nCoV will spread globally but at much lower speed than what we have seen in China. In this case, it will probably diminish its pathogenicity and treatment options will become available in time. With entry controls and effective hinterland surveillance in place, industrialized countries will not experience a replay of the Chinese drama.

Rationale for the recommendations

This is our most likely short-term scenario (4 weeks) for Europe:

We increased the Personal Alert Level (PAL) from „Green“ to „Yellow“ for Europe because the present situation requires some preemptive measures: 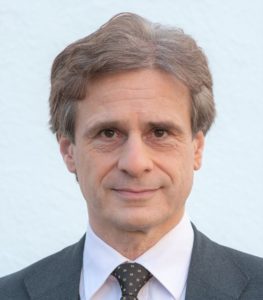 Professor Alexander S. Kekulé, MD PhD is the Director of the Institute for Biosecurity Resarch (IBS) in Halle, Germany. He is also a University Professor and Director of the Institute for Medical Microbiology at Martin Luther University (Halle). Prof. Kekulé holds specialty certificates in virology, microbiology, infectious disease epidemiology, laboratory medicine and emergency medicine. From 2003 to 2015, he served as an appointed adviser on disease control to the German Federal Government. Alexander Kekulé is married and father of five. He lives in Halle and Munich.

The new coronavirus is a serious threat to public health, requiring a swift and determined response. At the same time, we should always keep in mind that overreaction and panic can cause collateral damages that are more severe than the harm caused by the virus itself.
This blog is not sponsored; I do not earn money with it and have no conflict of interest.

Send me an email